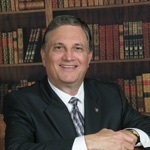 Michael began his financial services career with Rotan Mosle/PaineWebber and later with UBS, which acquired PaineWebber in 2000. He was with PaineWebber/UBS for over sixteen (16) years when he resigned in 2004 and founded MP Wealth Management Group LLC (Wealth Management Group) as an independent financial services practice that is a branch office of LPL Financial, the largest independent broker dealer in the country (as reported in Financial Planning magazine, June 1996-2018, based on total revenues).

Michael has earned the Accredited Investment Fiduciary Analyst™ (AIFA®) professional designation. The certification is administered by the Center for Fiduciary Studies, LLC (a Fiduciary 360 (fi360) company). Those holding the AIFA designation have advanced knowledge of fiduciary standards of care, their application to the investment management process and procedures for assessing conformance by third parties to fiduciary standards. He also completed the Personal Financial Planning Program at the University of Houston. Michael completed the ACCREDITED WEALTH MANAGEMENT ADVISOR℠ or AWMA® Professional Designation Program from the College for Financial Planning located in Denver, Co.

He holds the series 7, 24, 31, 63, 65, (AP) Associated Person registrations through LPL Financial as well as his Life/Health insurance license.

Michael has been married to his wife Frances for fifty one (51) years and they have three (3) grown children and four (4) grandchildren.

The AIF® and AIFA® Trademarks are registered with the U.S. Patent and Trademark Office under the center for Fiduciary Studies, a division of Fiduciary 360

ACCREDITED WEALTH MANAGEMENT ADVISOR℠ and AWMA® are service marks of the College for Financial Planning.